R is for Razorbill

April 22, 2015
The posts about Chaos seem to be the most popular. I'll have to remember that for the future.

There's not too much said about the razorbill in the bestiary, and I've never used the "creature" in my game. It looks like some filler for those who might be adventuring along the coastal shores (which is a good idea). Apparently these suckers can take apart a creature as big as a horse. You wouldn't want to meet a flock of hungry razorbills as you near the coast after a long voyage. They attack as a pack, and you can expect to have 4D6 of the birds on you at a time. 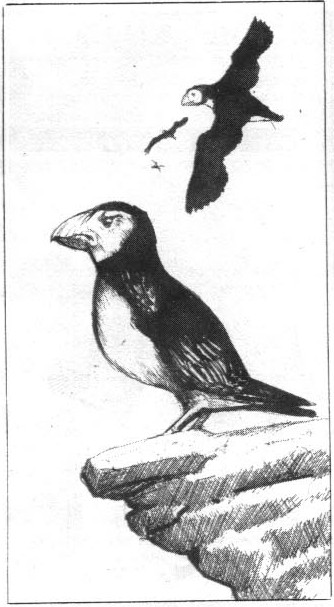