Showing posts from February, 2018
Show all

February 26, 2018
My PC Vaervenshyael  - Female Elf Assassin My companions Tankred "Silver Bear" Tenneckermann  - Human Artisan/Mercenary/Champion Wilhelm Hechland  - Human Pistoleer/Engineer/??? Doctor  Johann Wilhelm Woeller  - Human Physician Tegort - NPC Ogre hireling of Udrin Udrin - NPC Elf Wizard Lord Bianca - Large pink riverboat the prince had used to come to this town ( Previous Notes ) The late hours of nightfall pressed well past Mittnacht. Katherina's Rest, emptied in the terrifying minutes as a black shadow, given form by "sin" or "mutants among us" or the "very cursed land we walk upon"—depending on who drunkingly shouts in fury from tables, filled with teamsters and regulars buying teamsters ale and spirits. The mood in Padua was changing on the turn of a day. Whispers of an exodus were overheard. Furtive glances to the characters' table seem to at first suggest worry that the Princep's favored were the subject of some
Read more

February 22, 2018
My PC Vaervenshyael  - Female Elf Assassin My companions Tankred "Silver Bear" Tenneckermann  - Human Artisan/Mercenary/Champion Wilhelm Hechland  - Human Pistoleer/Engineer/??? Doctor  Johann Wilhelm Woeller  - Human Physician Azmir - NPC Merchant/Wizard Gertrude - NPC Night/Ambassador from the north. Cosetta - NPC barmaid/Hedge Witch Althea - NPC apprentice ( Previous Notes ) I am absent. Vaervenshyael gets an insanity point. Events narrated by the GM: Tankred, Azmir and Gertrude walked through the poor market of the camp at the edge of the Eastern wood. The chilly west wind carried a hint of sulfur, but aided in carrying away the smoke of the fires and stench of the camp waste gully. The smell unfortunately assaulted the nose in the market, attenuated by spices from the cooking pots. The refugees made the best of the situation. A quick count suggested 100, and half as many children and, by the cries, many of those hungry babes at malnourished breasts.
Read more

Thoughts on Horde of the Dragon Queen 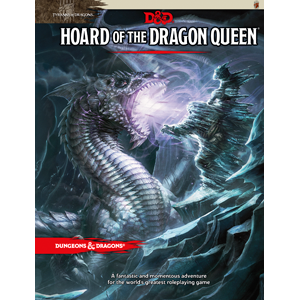 For some reason I have had a yearning to read this adventure. Here we go! *Spoilers below* Greenest In Flames I don't foresee my group charging into a town being attacked by a dragon. Though the section gives alternatives if the party doesn't go into town, I would wait until my party is already in town before I began the attack. I'm sure a lot of other DMs chose this option as well. Raiders' Camp It might take even more convincing for a party who survived a night of a dragon attack to actually follow the dragon back to its base camp. Of course, the manual doesn't say the dragon leaves together with the raiders, and this section doesn't say the dragon is at the camp. Maybe it would be better if it just flew off on its own. I'd be very interested to see how my players infiltrated the camp. I'm betting they would send the thief. Dragon Hatchery I can see each of these chapters taking a whole 4-6 hour sitting, if elaborated properly. This chapte
Read more

February 15, 2018
My PC Vaervenshyael  - Female Elf Assassin My companions Tankred "Silver Bear" Tenneckermann  - Human Artisan/Mercenary/Champion Wilhelm Hechland  - Human Pistoleer/Engineer/??? Doctor  Johann Wilhelm Woeller  - Human Physician ( Previous Notes ) Johann, Wilhelm and Varvenshyael spent the day either in the backroom of the Barber-Surgeon's shingle or at Katherina's Rest. After starting several pots of potions, poisons, or poultices, the three raced across the frozen ground of Padua to the empty and warm Katherina's Rest. There Cosetta welcomed them with ale and food. She spoke of rumors of "Schloss Al'Shar" heard from the refugees. Johann almost began a discussion on the stones. Cosetta noted the shadow, the auspices of Morrslieb, and the absence of V's "fiend" (or "shadow"). Returning to Johann's, they found that the pots had yielded better than hoped for. V took four doses of Spider Spittle (Johann keep
Read more

February 12, 2018
My PC Vaervenshyael  - Female Elf Assassin (suffering from a Host of Fiends disability) My companions Tankred "Silver Bear" Tenneckermann  - Human Artisan/Mercenary/Champion Wilhelm Hechland  - Human Pistoleer/Engineer/??? Doctor  Johann Wilhelm Woeller  - Human Physician Maximillian - NPC Halfling Master of the Horse of Padua Udrin - NPC Elf Wizard Lord Tegort - NPC Ogre Gertrude - NPC Knight Envoy from Matildeburg to the north ( Previous Notes ) Vaervenshyael headed straight to Johann. He wasn't in the manor, so she went to his house and rapped at his door until he answered. She smiled as she hugged the "good" doctor. She was still glowing from the touch of Hysh. "You have done a good thing this night. A very good thing. However," and here her smile faltered for just a bit, "should I ever find a bit of my...essence...in your possession again, I shall have to kill you." She debated internally about the need to cut him at t
Read more 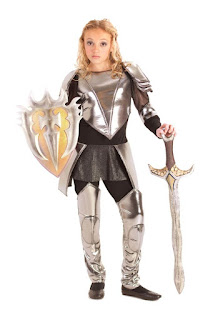 My Character Kiri - Human Female Cleric, Child, Immaculate Clothing, Tall Companions Evelynn - Human Fighter Tomas - Human Thief (Took on the role of my grandfather) Benton Reed III (of the Kellsburg Reeds) - Human Magic User Remegorn - Dwarf Orun - NPC Dwarf Henchman to Remegorn Kolwood - NPC Man-at-Arms to Evelynn There are many rumors going around the town of Sindanore. The five of us gathered together in response to a rumor about a missing artist by the name of Rumen Maer. It seemed the lord of Sindanore, Lord Ludo, himself was interested in this artist's retrieval. He reportedly went missing in the Obsidian Mounds, a burial place of sorts deep into the jungle. Other rumors of the mounds suggested we would have to brave obsidian constructs, a fleshy cube, and beast men. It turns out these are all very real worries when traveling to the Obsidian Mounds. We had to tromp through the forest for many hours, and there were other things to catch our attention, but we he
Read more
More posts