December 03, 2012
Apparently I have never shared my drawing of Hobbly on this blog.  Hobbly is a small frontier town set in  The Empire, The Old World of WarHammer Fantasy Roleplay. A friend and I spent a day drawing it up and then populating it.

Hobbly is the place I start all my new games. Just about every PC who has ever played under me has spent at least a little time in Hobbly. This means I have built up quite a rich little history of the town. I want to start sharing some of that on this blog in the same way that other bloggers share their creations.

For now, I'll just throw up the photo. If I can get it to "Click to zoom" then I'll leave it at that. If I can't, then I'll add a link to a Google Doc.  In the future, I'll post the list of the population (over 400...at least before the last big battle in town, but more on that later). I'll also post some nearby adventure locales, and some of the history of the town, as lived by the PCs. 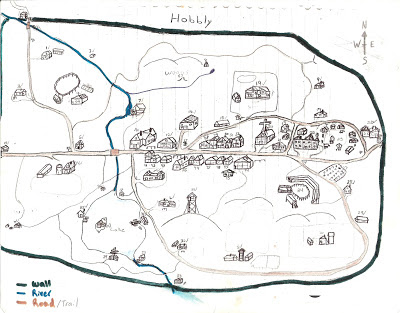 And with some color to help distinguish what's what: 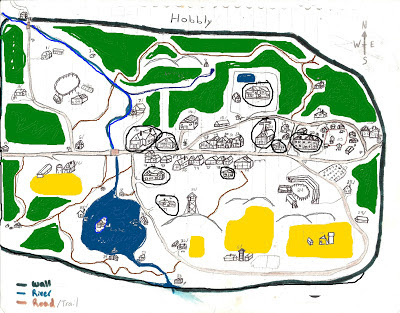